Each wing intended for flying must undergo appropriate tests. Others are designed for free-flying wings, others for propulsion wings.

Some other paraglider elements such as harnesses, rescue parachutes, carabiners and trailers are also tested. 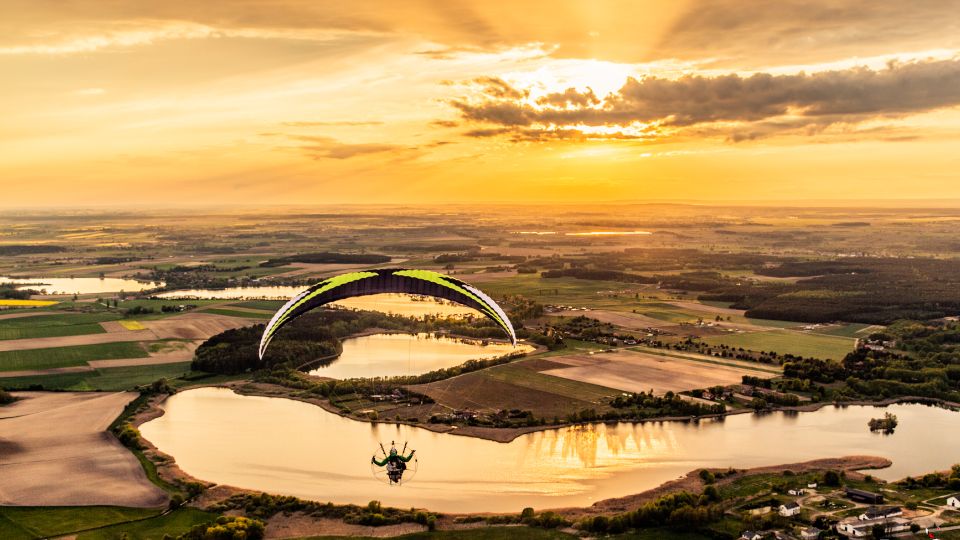 A part of our paramotor canopies are tested in flight according to EN 926-2 norm, originally developed to assess free-flying paragliders. Unfortunately those tests are not the best tool to judge dedicated paramotor canopies, and that’s why for several years there were attempts to develop separate paramotor tests and norms. A year ago (end of 2011 and March 2012) two new test procedures emerged –  French DGAC and actualised LTF (German). Recently most of our paramotor gliders are tested according to DGAC procedures.

DGAC certificate is based on flight test and internal paramotor flight tests. Main points to be controlled under maximum load in defined weather conditions are:

Sensible testing procedures and fair job that is being done by certificating bodies fuels trust that many manufacturers place in DGAC standard. It is compulsory in France and regarded as reliable in ever growing number of countries.

Tests standard as agreed in March 2012 between EAPR, DULV and PMA. The agreement and test criterias in German are to be found here (and here is English translation).

Difficulties in working out a common position between these bodies (which are often negating each other certificates) means that manufacturers do not know what is exactly expected ot them. Until this is not cleared, it won’t be a popular standard on other markets than Germany.

Earlier we have been certifying our wings within AFNOR scheme.

Below you will find a table roughly comparing ranges of specific tests.

German paragliding market is regulated by LTF norms (former DHV). In fact they are very similar to the EN norm, with just some minor differencies. Since 2010 LTF is using the same categories as EN does (A, B, C etc.)
Both organisations are working towards full unification of EN and LTF tests.

The European norm is focused on the least experienced pilots – in their case maximum safety must be guaranteed, while the more seasoned can take care of themselves. That’s why the initial classes are very tight, and even slight deviations from directional or vertical axis in specific manoeuvres can disqualify the wing. In case of higher classes there is fast increase in tolerance limits.

Full test schedule results in thorough description of given paraglider’s behaviour in specific manoeuvres, each tried both at minimum and maximum weight (in free flight).

In case of each our paraglider you will find details of its certification along technical datas. Authenticity of certifications can be verified at www.para-test.com.

Certificate name, category and number are given on the rating plate (wingtip).

On the wing there may be present a different sticker as well, confirming new European certificate, with detailed results in its bottom line.

Below you will find a brief outline of EN paraglider categories with flight test details.

Flight test report (as described in European Norm 929-2) gives account of 24 manoeuvres. Each of them is ranked as A, B, C, D or F (Failure). There is no percentages here, a paraglider gets as its overall result the lowest mark it obtained at any point. Even a single failure means that a paraglider did not pass at all, i.e. is not conforming to the norm. During flight tests following elements are assessed:

We recommend getting some knowledge on the test & assessment methods, since they can give you an objective report of wings’ behaviour. Just search the web, here is one of the links.

Harnesses are tested in accordance with EN 1651 / LTF. You can see what it looks like in the video below.

Choose the Voucher Option and Pay with PayPal or MB Way

You will be directed to a safe environment.

Select the amount to pay

Back to Voucher Pag

How will I receive the voucher?

After confirming your payment, we will proceed with the processing and sending of your voucher. We will send your voucher by e-mail in digital format that you can print or forward to the final recipient.

The voucher will be valid for one year and one day after the billing date.

Thank you for purchasing of the Paragliding Flight Gift Voucher.

For any additional information, you can contact us for this purpose by email or phone +351 917251262